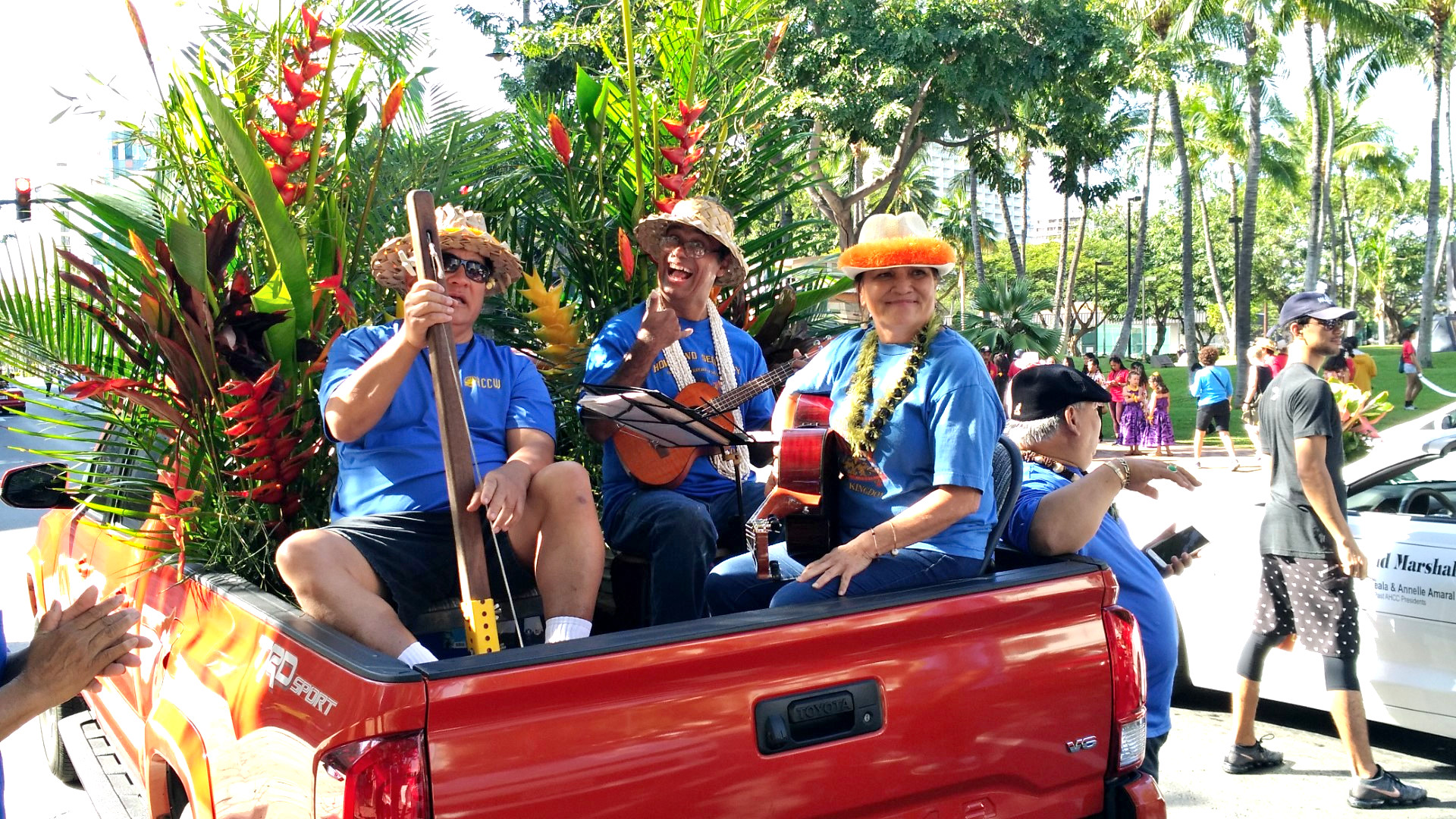 The weeklong, statewide celebration of Prince Kuhio was completed on March 30, 2019 with the annual Prince Kuhio Commemoration Parade Saturday in Waikiki. It started at 9:30 a.m. on Kalakaua Avenue and Saratoga Road, featured over 800 marchers, 35 vehicles, two floats and two marching bands and finished at Queen Kapiolani Park. Hawaiians as well as island visitors also participated in the parade by placing leis on Prince Kuhio’s statue which had been placed by State officials in 2007 in front Kuhio beach on Kalakaua Avenue.

The annual event was again sponsored by the Association of Hawaiian Civic Clubs and marked their 100th anniversary as Prince Kuhio had founded the Hawaiian civic club movement in 1919. Alohahawaiionipaa.org’s members participated at the invitation of the Hawaiian Civic Club of Waimanalo of which they are members and also sponsors of scholarships.

In honor of Prince Jonah Kuhio Kalanianole – the citizen prince – March 26 was created in 1949 by the then US Territorial Legislature as his holiday. Prince Kuhio was born on March 26th 1871 on the island of Kauai and died in Waikiki, near Honolulu, on January 7, 1922. Before his death, Waikiki had become the principal residence for Prince Kuhio. Upon his death he therefore gifted his property in Waikiki to the City and County of Honolulu to open it up as a public beach. So without him, Waikiki would not have the public beach it has today which few visitors or even Hawaiian residents are aware of and therefore cannot truly appreciate it. 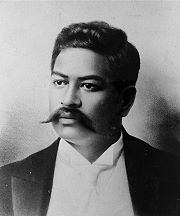 During a time of struggle and conflict at the turn of the century Prince Kuhio became a champion of the Hawaiian people and his efforts are still being expanded upon to this day. The Hawaiian people, especially what was then known as the makaainana, or commoners, had struggled for centuries to stay safe and productive on their homelands. In the days of ancient Hawaii, the land was owned by the Ali’i (royalty) which was worked by the commoners who paid tribute each year to the Ali’i chiefs in the form of food and clothing. The kapu (taboo) system of governing developed laws and rules for managing the land, sea, and people under penalty of death. When Kamehameha I united the island chain in 1810, peace finally came to the islands after what was estimated to be more than 100 years of often brutal warfare.

Like many Ali’i of the time Prince Kuhio attended the Royal School and Punahou School on Oahu. His father died in 1878 and his mother died in 1884, leaving him an orphan at the age of 13. He was then adopted by Queen Kapi’olani, wife of King David Kalakaua. After finishing his basic studies he traveled abroad, studying first in California then London. When he returned to Hawaii he was appointed to the Royal Cabinet of the Kingdom of Hawaii administering to the Department of the Interior. After King Kalakaua’s death in 1891 Queen Lili’uokalani ascended to the throne. In 1893, by the time Prince Kuhio was 21, the Hawaiian Kingdom was overthrown by a coalition of American and European businessmen with the help of the American military.

In 1895, at the age of 24, Prince Kuhio then participated in the rebellion to return Queen Lili’uokalani to her rightful throne for which he was imprisoned for 1 year. The rebellion was against what the American business men then called the republic of Hawaii, as they were waiting for the illegal annexation of the kingdom by the United States which then happened in 1898. Prince Kuhio’s fiancee, Elizabeth Kahanu Ka’auwai visited him almost daily while he was in prison and they were married upon his release in 1896.

After release from prison, Prince Kuhio and his wife traveled widely in Europe and Africa from 1897 to 1902. Soon after departing the former Kingdom of Hawaii had been annexed by the United States in 1898 in preparation of its war with Spain and its territorial expansion into the Pacific.

When Prince Kuhio returned to Hawaii he became involved in island politics in an attempt to better the life of his largely oppressed, dark-skinned Native Hawaiian people. He then became known as Ke Ali’i Makaainana (Prince of the People). In 1903 he became Hawaii’s first territorial delegate to the US Congress, winning a total of 10 elections with the help of his Native Hawaiian people and serving until his death in 1922.

In representing the Native Hawaiians, he became well known for his efforts to preserve Hawaiian culture and strengthen the Hawaiian people while still fighting for rightful Hawaiian independence.

During his bid to pass the Hawaiian Homes Commission Act in 1920 he stated the following to the U.S. Senators:

Though the Hawaiian Homes Act was passed, it was not to Prince Kuhio’s liking as it contained requirements of high Native Hawaiian blood quantum and leased land instead of granting land fee simple. This created a permanent government institution which has unjustly disenfranchised the Hawaiian people to this day.

The Federal Hawaiian Homes Commission Act was then passed by the US Congress in 1921, before Prince Kuhio’s death in 1922.