REVITALIZING HAWAII
Background:
Senate Bill 237 (commonly known as the 21st Century School Bill) allowed the State to lease public school lands at three locations for 55 years or longer for private development. Such private development does not have to include schools, meaning they can be torn down to include buildings that have “non-school purposes” as long as they meet public uses such as “workforce rental housing units.” The DOE and the Board of Education can select any public school land in Hawaii, even if the land currently houses a school that has full attendance and is being utilized. 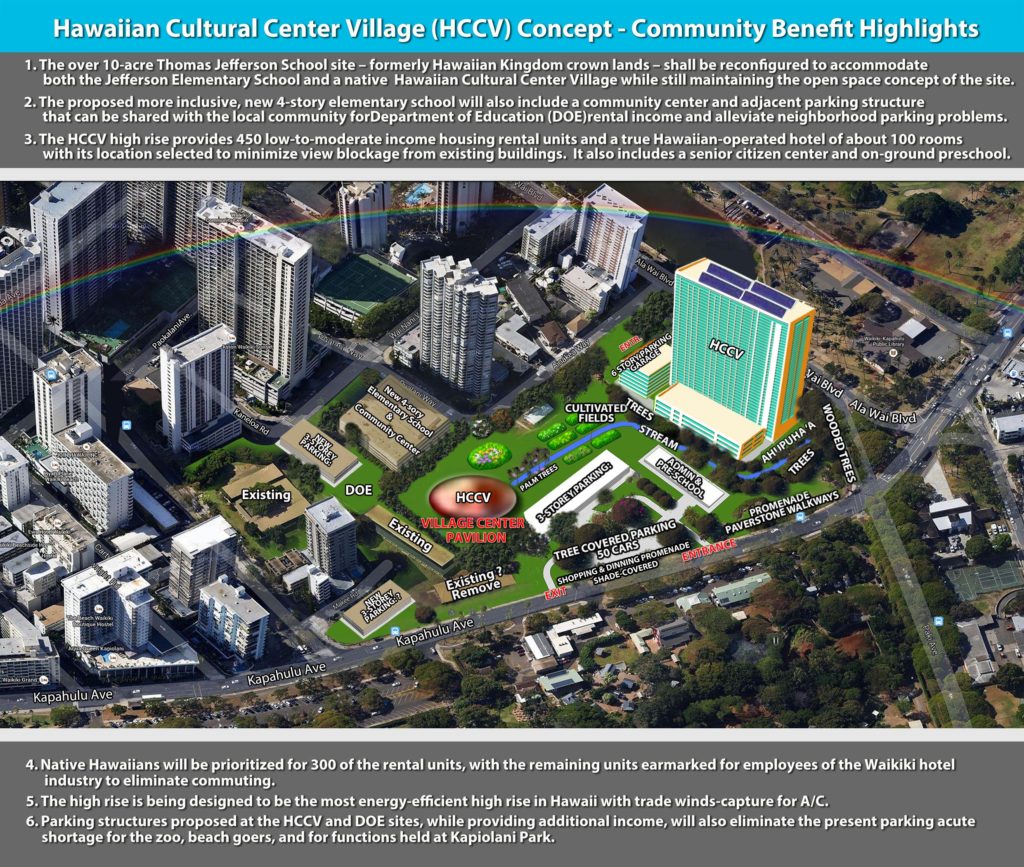 The greatly underutilized Thomas Jefferson school site, the last open space in Waikiki that sits on almost ten acres of prime real estate, was listed as a top choice for closure as it would provide maximum financial benefits to the State. Largely because of strong protests from surrounding upscale high rise hotel and condominium units that were concerned about their viewsheds, the Thomas Jefferson School site was recently removed from closure considerations. However, strong interests by the State and commercial developers to use this valuable piece of real estate for other than underutilized school purposes persist.
Alohahawaiionipaa.org, backed by an increasing number of Native Hawaiian supporters and world-wide visitors, is proposing to revitalize the Jefferson School site as a Hawaiian Cultural Center Village.
The ambiance of Hawaii as a vacation paradise and Aloha interactions with the true welcoming spirit of Native Hawaiians that many visitors came to expect, has long evaporated. Waikiki and Honolulu of the not-so-distant past were green urban forests with often towering trees and two-way streets. Today, most of the greenery and open space is gone, replaced by high-rises everywhere. Vacationing in Waikiki can now be a rat race with traffic blocking the streets and visitors crowding sidewalks and beaches. The State’s only purpose for attracting visitors seems to be for them to spend money and run towards the ocean like lemmings, which leaves them somewhat disillusioned. Hawaii in the past had much more to offer than crowded streets and beaches.
The proposed Hawaiian Cultural Center Village (HCCV) will revitalize Waikiki as well as the State. It will be a green oasis one can retreat to in concrete Waikiki. It will preserve the last open space in Waikiki while at the same time adding extra greenery and a cultural interaction with the Hawaii of the past. It will bring back the spirit of Native Hawaiian Aloha that is vanishing and that visitors had come to expect and experience.
But this is not all. There are many more benefits. The HCCV will also provide affordable housing for more than a thousand largely Native Hawaiians with—again—ready access to the beach which they have largely lost as they have been pushed out of the area by the development of the tourist industry. The location of the proposed new high-rise makes this possible, as it is thoughtfully situated so as not to interfere with the views of the existing high-end high-rises that would fight any view blockage (and perhaps the return of the native Hawaiians to their ancestral lands?). In addition, the new high-rise also features a Native Hawaii hotel operation of 100 rooms that will be decorated in the true feeling of Hawaiian hospitality. As such, it is expected to be fully booked year-round.
What about job opportunities, commuting to jobs, parking and additional traffic congestion? It is estimated that more than 500 full and part-time jobs are being created both through the hotel operation and Hawaiian-owned shops throughout the HCCV. There will be little commuting as almost all of the people working at the HCCV will live on-site and largely not require cars. The 450 parking stalls to complement the high-rise would therefore provide additional dedicated long-term rental parking for about 100 cars from the surrounding condos whose limited parking is clogging the nearby streets.
In addition to the existing 52 parking spaces, the new HCCV dedicated parking garage provides parking for 200 cars for HCCV visitors.
What about the existing school buildings? Most of these buildings would be retained and used both for Preschool Early Childhood and Kupuna (Elder) Learning Centers as well as meeting places, shops and storage for the HCCV operation, so that it is does not impact the high-rise living and hotel operation.
What about the Na Iwi Kupuna (the Bones of Our Ancestors) Memorial? Yes, an Iwi memorial is proposed to provide a dignified resting place for the bones of Native Hawaiian ancestors still being excavated everywhere during the State’s still frantic pace to turn beautiful landscapes into high-end retirement homes and tourist spots.
The question of justice remains: Is the State willing to return even a splinter of the land back to Native Hawaiians and in the process permit them to return again to Waikiki as their home?
We must acknowledge that destroying much of Hawaii, especially Honolulu and Waikiki for the sake of the tourist industry, has dramatically increased the cost of living because of the skyrocketing real estate and rental costs and is part of the predictable rise in homelessness. To largely protect the tourist industry, the homeless have been removed from Waikiki and are also being rounded up, out of sight throughout the City of Honolulu. It is estimated that up to 30% of the homeless are Native Hawaiians that, while often under-employed, cannot afford the skyrocketing rental prices in the limited rental accommodations still existing.
—————————————————————————————————————————————

There used to be a small Hawaiian Cultural Center during the 1950s and 1960s in Waikiki on Lemon Road operated by John I`I. However, the build-out of the area as a tourist center along with its high-rises now everywhere forced it to close down and forced Hawaiians from their home grounds. A true Ulu Mau Cultural Village was established by Malia Solomon during the 1950s at present Ala Moana Park. Its main purpose was to preserve, perpetuate and share Hawaiian traditions and crafts. However, it also was forced out towards the end of the 1960s. 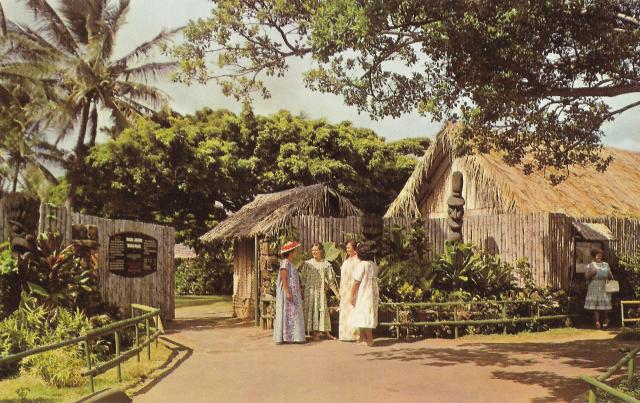 A true Hawaiian Cultural Center centered on an Ulu Mau Village (see photo above) would provide visitors to Hawaii with a better understanding and greater appreciation for the almost-lost Hawaiian culture. It would also provide Hawaiians with a “window to the world” and a “home” for keeping their culture, arts and traditions alive and flourishing. It would give cultural practitioners who still keep their culture alive on a shoe-string basis (often in their own garages and cramped quarters) a chance to gain recognition and income. Furthermore, it would provide an outlet for harvesting the multitude of musical talents of Hawaiians, often displayed in “farmers markets” for “homeless people wages”.

We are asking you to be a part of this ambitious undertaking and support it. How can you help with starting the project in time for the 100th death anniversary of our beloved Queen Lili’uokalani who died heartbroken on November 11, 1917, twenty-four years after the illegal overthrow of the Hawaiian Kingdom? Born September 2, 1838, she was 79 years old.

Step 1 – Alohahawaiionipaa is educating the public on the Hawaiian history and the Hawaiian Cultural Center Village (HCCV) project through collection of signatures with email addresses for worldwide exposure and support.
Step 2 – Hawaiians and visitors worldwide will request the State to give back the present Jefferson School site land* in Waikiki for this project.
Step 3 – Major donations and State and Federal grants will provide the funding for the project.

ALOHAHAWAIIONIPAA ORG had a hospitality tent until 2015 where people signed the petition as well as learning local arts and crafts and meeting Hawaiian volunteer performers. 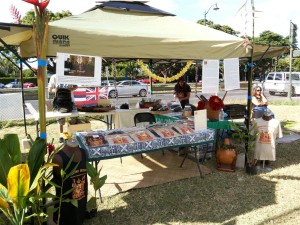 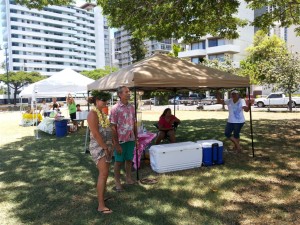 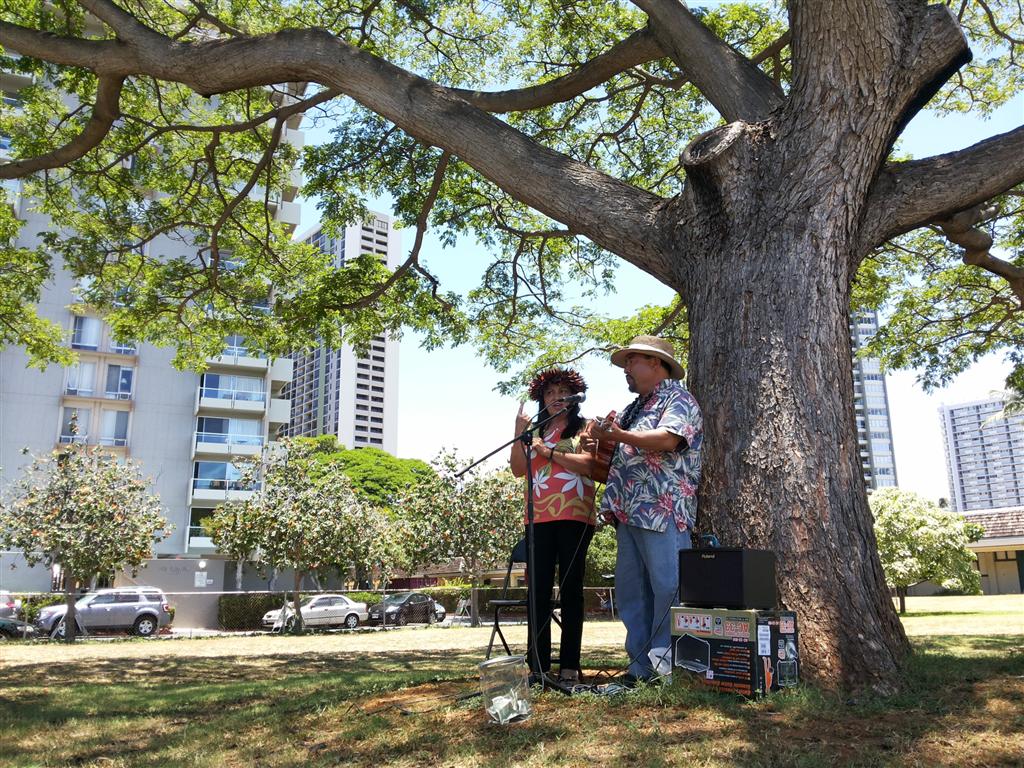 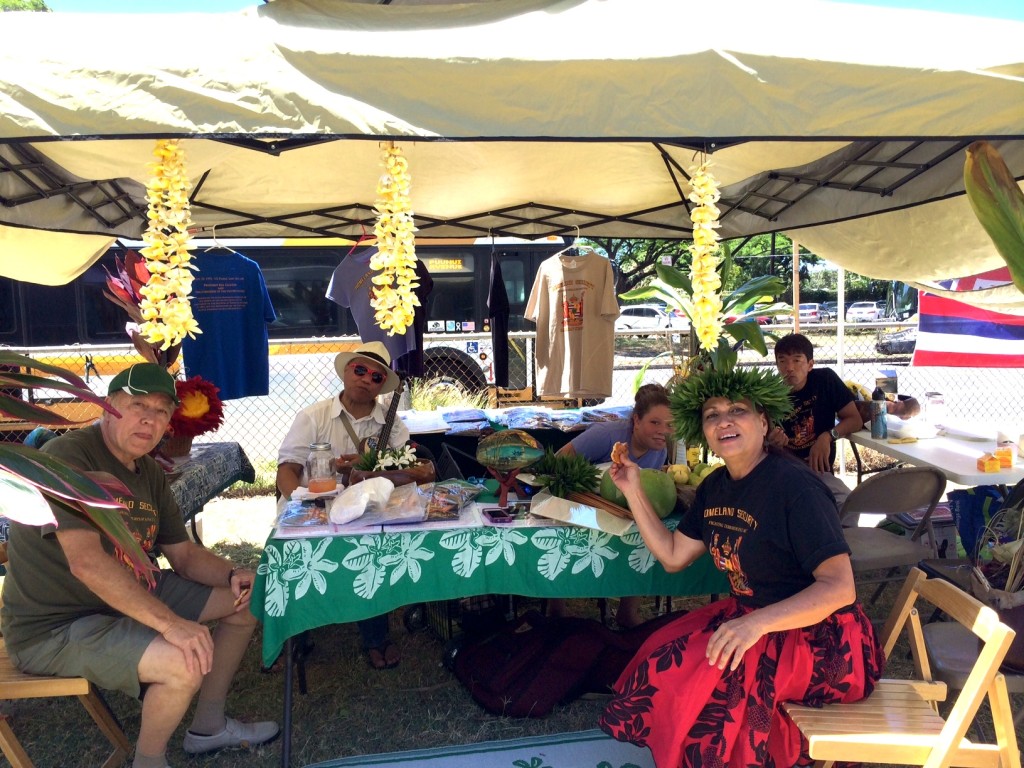 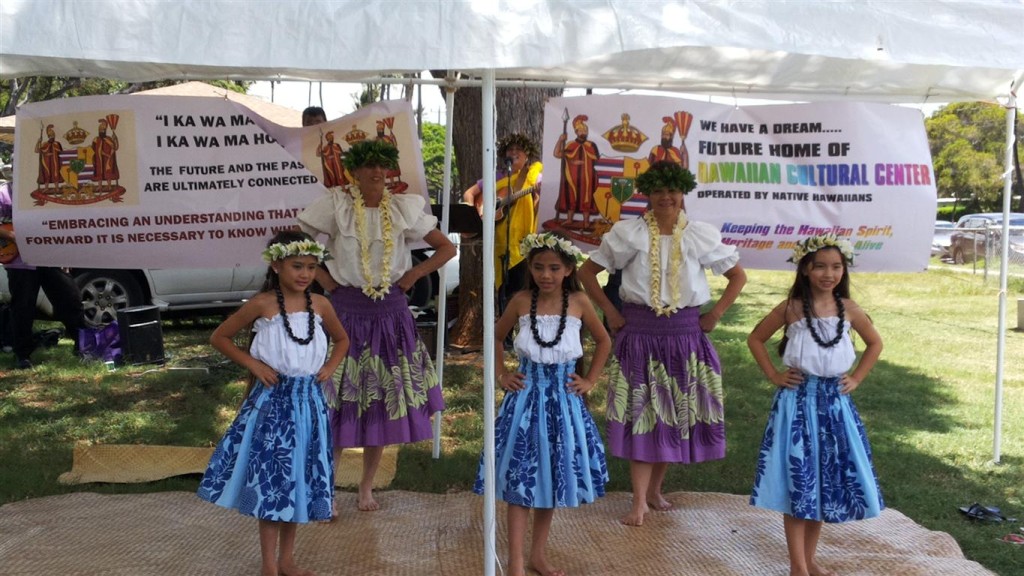 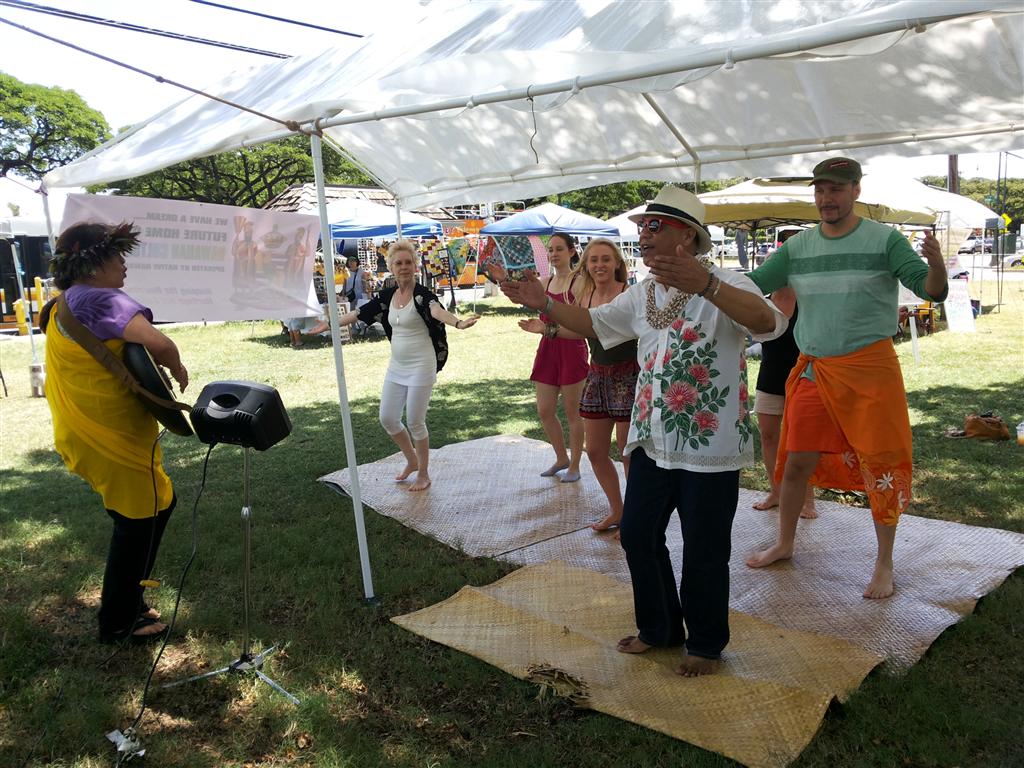 We have started a signature drive aiming to establish a true Hawaiian Cultural Center Village at this location (Saturday Open Market at Jefferson Elementary School) in Waikiki. Please feel free to download the forms below to help collecting signatures on your own. 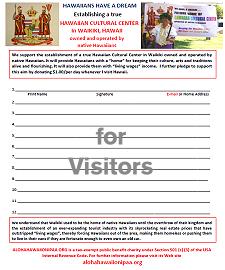 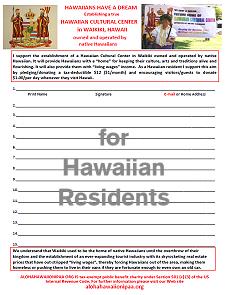 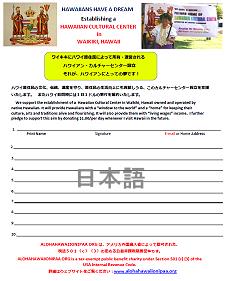 This web site will be regularly updated to provide further details.

*Senate Bill 237 (“21st Century Bill”): As administered by the Board of Land and Natural Resources, the bill allows private developers to lease public school lands for a period of up to 55 years for the purpose of generating revenue to upgrade the public school system. Since private developers would be permitted to build “workforce rental housing units” (which can be loosely translated as permitting high-rise apartment buildings that can replace schools and open space), a permanent Hawaiian Cultural Center Village would be an ideal alternative educational solution.